This is a table on our deck. Snow measures almost 9 inches 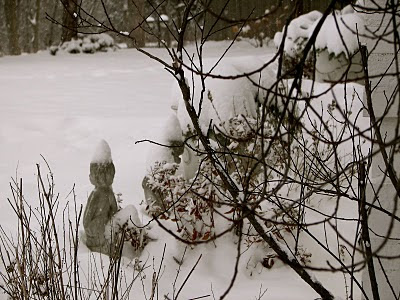 My poor statue is wearing a snow dunce hat. 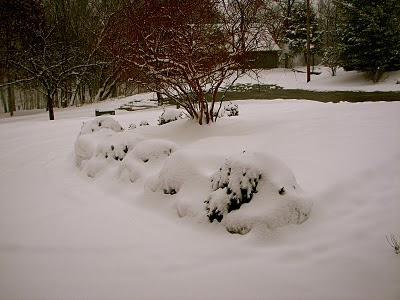 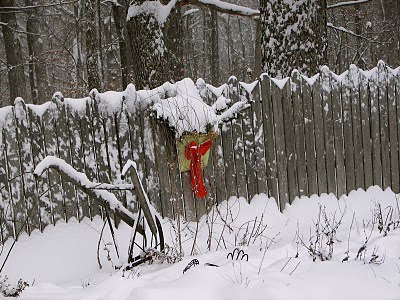 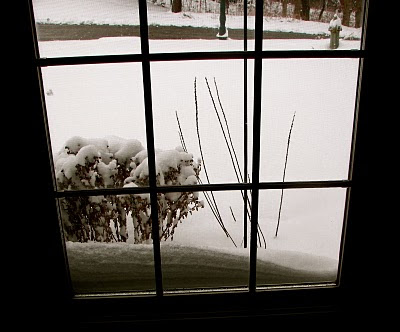 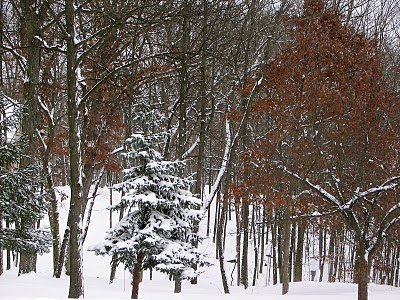 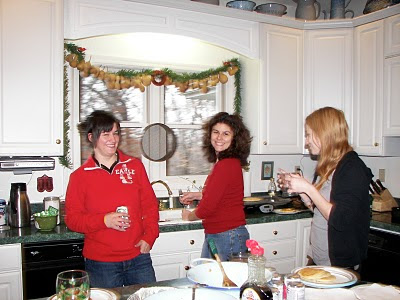 My daughter nicole's friend Ashley,  Andrea my daughter in law & my youngest daughter Mercedes..(left to right) 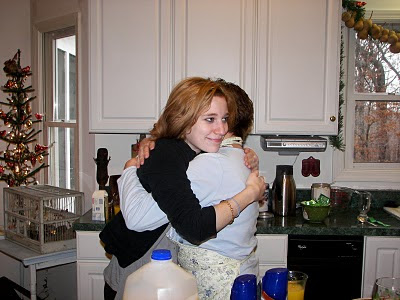 Mercedes and I hugs 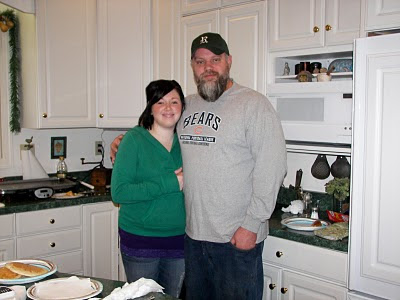 My oldest daughter Nicole and her brubby, Steve (my oldest & only son) 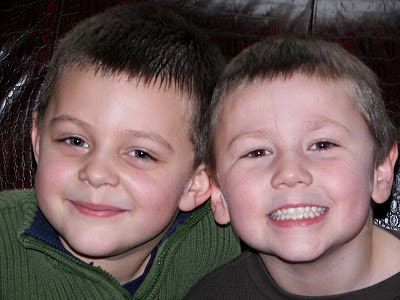 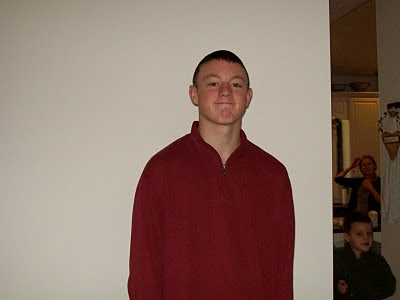 My son's oldest son, Zachary who is 15, plays football

and is in ROTC 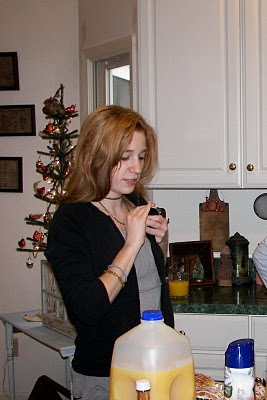 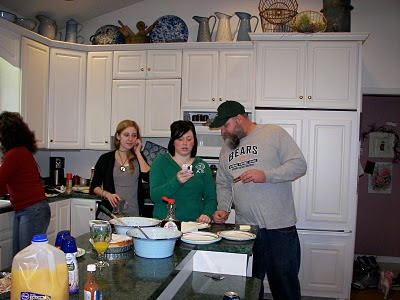 Andrea doing dishes..Mercedes on the phone, Nicole and

Steve checking out her text message 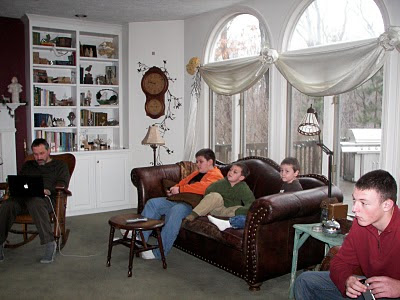 Rich in the rocker.  Jon, Steven and Caleb on the couch.

Zachary in the recliner . A football game is on 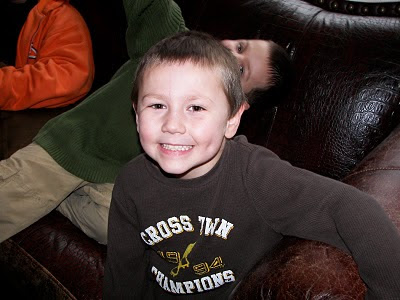 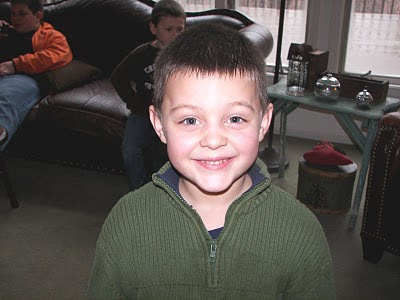 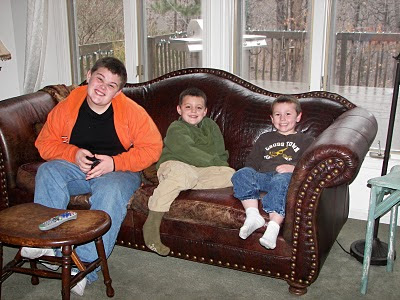 Ok, Jon wants to cheese it up 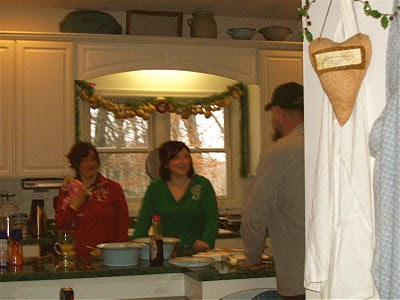 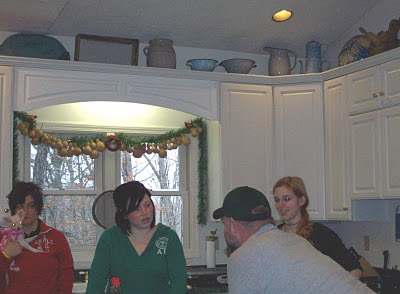 This could be serious, actually it is.. 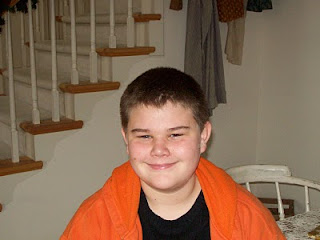 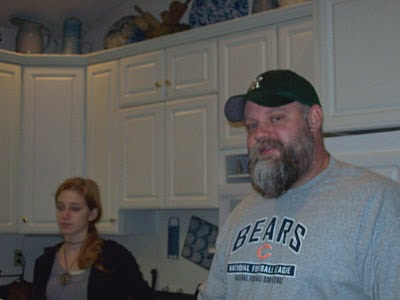 This is Cole, my daughter Nicole's 8 year old with

Cole and Joe are great boys and great friends. 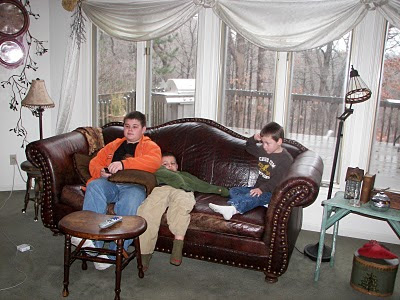 Jon , steven & Caleb (the two little boys had a

We had a great time.  Mercedes, my youngest stayed and we went to

see Sherlock Holmes.  When we came out it was icy and slick, so she just stayed the night.

Who would have thought we'd get 7+ inches..and still going.

I do have a couple of winter pics..but it's so deep and

so cold.  I'll need to take some tomorrow

Happy EVERYONE had a memorable Christmas

Posted by SweetAnnee at 7:42 PM