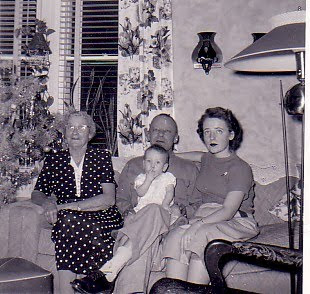 Left to right
My Great Grand Mother, my grandfather Justen,
on his lap me, DEENA & my mom Mary Jo
in 1955
(don't remember Great Gramma or my mom's dad) 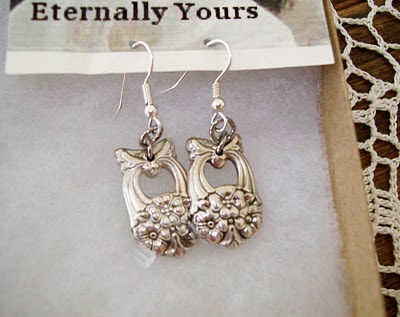 I won these LOVELY earrings on The Attic blogspot
They arrived today. Aren't they great??
Getting mail makes my day. Are you thinking ?? Poor girl (she doesn't have a life)?? 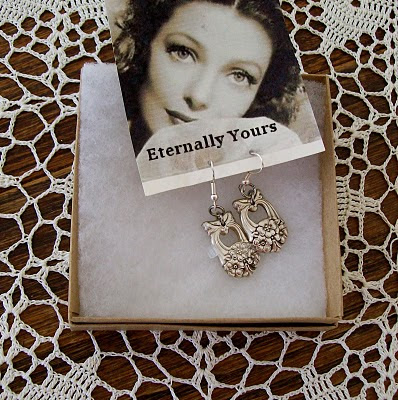 This is today , Tuesday Below is yesterday, Monday 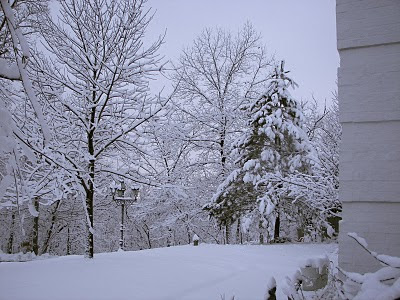 Poor Rhea and Marcia..coming from California to this 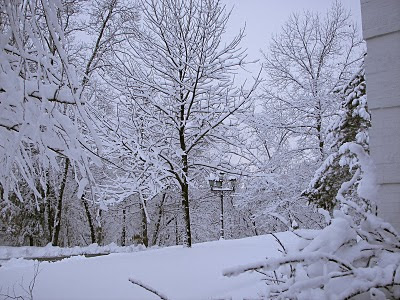 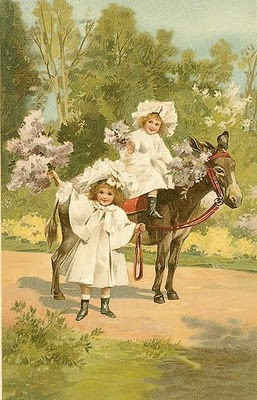 will be home this evening. YEAH!!! She's been in California
since Thanksgiving day, taking care of her
granddaughter, Harper while
her grandson , Hunter had a bone marrow
transplant in Seattle. I've missed her so!!

The risk of developing breast cancer is often attributed to hormones. Women with high hormonal levels, such as those who begin menstruation before the age of 12 or those who experience menopause after the age of 55 at a young age have an increased risk of breast cancer.

One of the most popular birth control contraceptives in the United States today is known as Drospirenone or more simply as “Yaz.” This drug was approved by the Federal Drug Administration (FDA) on March 16, 2006 as an oral contraceptive to prevent against pregnancy, treat acne and treat the symptoms associated with premenstrual dysphoric disorder (PMDD). The medication contains the hormone estrogen and a type of progestin called drospirenone to prevent ovulation.

A Black Box warning currently exists for Yaz consumers of the risk of many side effects that may occur in patients who smoke while taking the medication. Research has shown extreme side effects may include increased chances of developing certain types of cancers including: Liver cancer, liver tumors, liver bleeding and breast cancer.

Yaz was formulated to avoid pregnancy by preventing ovulation, the process that occurs in women when a mature egg is released from the ovary. The drug also may treat moderate acne in women 14 years of age or older, who have already experienced their first menstrual cycle and elected to use birth control as a contraceptive.

Side Effects are increased with age and the amount of time the drug is taken. Women over the age of 35 who smoke 15 or more cigarettes daily have their chances of developing the following side effects: stroke, blood clot and heart attack.

By providing FDA alerts, drug information and drug interactions about prescription and over the counter medications, we can ensure an environment where patients have the best knowledge on their medical treatment and health."

I truly believe that Hormone Replacement Drugs was the beginning of my cancer.

I am a Pink Warrior 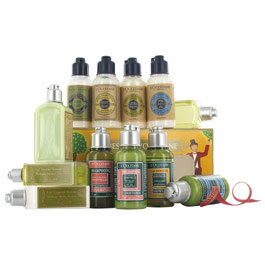 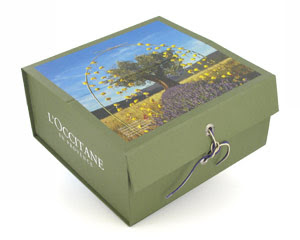 My BFF sent me a huge box of L'Occitane
products. Got them on Saturday, I squealed ....
I love it all. She is coming home on 2/20 woohoo!!!
I am home and just fine.
I need extra sleep after getting up
at 4 AM today. I am not use to getting
up before 8:30 or later.
2 months, then another MRI
Thanks for all your prayers and
for caring.

To my Loved Friends and Family Much love to you all 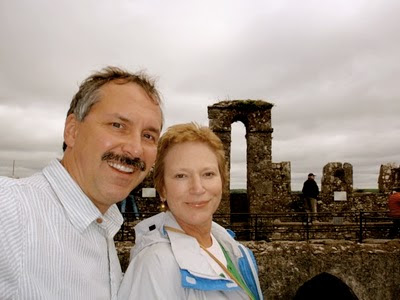 Rich & I at the top of the tower, getting ready to kiss
the Blarney Stone.
February 13th , 2010 is our anniversary.
We have chocolate covered strawberries.
It's a tradition. We have plans for dinner.
I can't believe how quickly the time has gone.
Rich has been a wonderful husband and he takes
GOOD care of me, his sick wife.
God blessed me good.
I love us 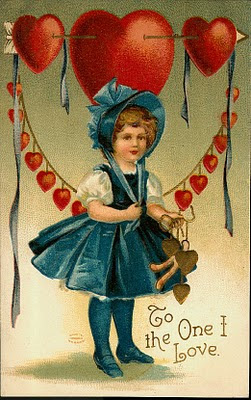 One of my doctors from the Gamma Knife office called me yesterday afternoon from his cell phone. All the doctors had looked at my films again on Monday PM .
Long story short, yes there are more brain tumor(s)and I am set for Gamma Knife, Monday Feb. 15th. I have to be there by 5:45 AM
Thank you for praying, I know it's power.
Thank you Lord for hearing our prayers
I just needed to leave it to God.
fondly

Not the Best Day 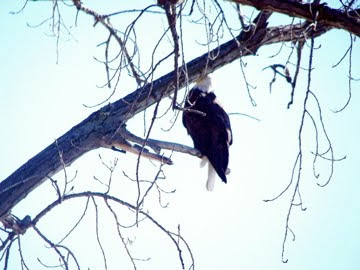 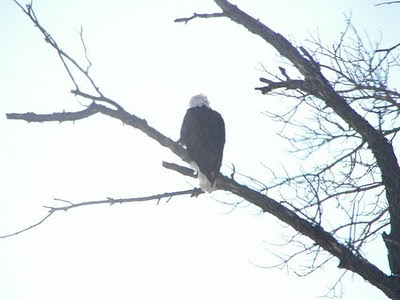 MRI same as last time. Getting another Dr. My Neurologist didn't even see me. Just the oncology radiologist. I have no faith in them.

Rich agrees..the doctor acts like they don't look at my test results
and not sure what to do.
Oh..I can't get to my email either. The password has changed and I have
no idea what it is.
Yahoo.. well they are SLOW and so far no help
They tell you to change your password..but you
have to KNOW your password to change it.
I am sooo stressed.
On a good note, we saw 15 eagles...2Red Tail hawks and
2 COYOTES on the way home. That was great. 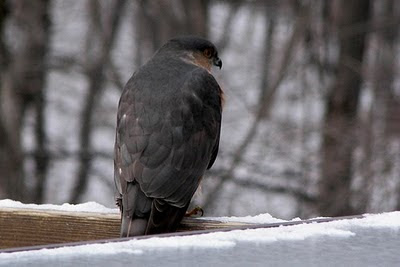 Here's Mr. Sharp Shinned hawk who sat on the deck after we got home, looking for food. I didn't see him get any here. 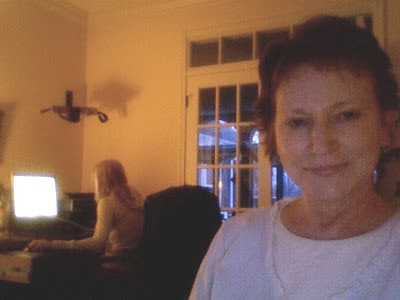 My email has been compromised and
I don't have access to it.
I don't know when I'll be able to
use it.
I'll get my MRI results tomorrow
I'll post here in the afternoon.
Smiles!!! 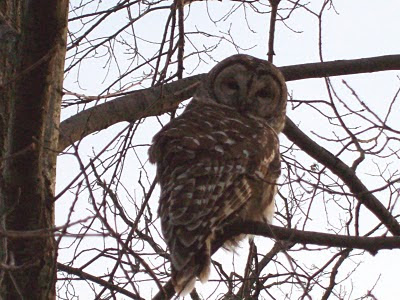 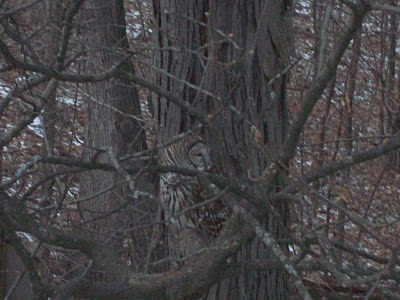 The Great Barred Owl came to visit
today. His hoot sounds like who cooks for you
If you hoot back he will hoot at you.
It's time for the babies..
so perhaps he's looking for a home.
I am so grateful I got some decent photos to share.
I love owls..bats....and so many more animals
Mr Barred didn't seem to care if I was around
he even listened when I talked to him
God sent me this joy today